FEDERAL GOVERNMENT stimulus is spurring on the next frenzy for childcare in New South Wales, according to the latest Between the Lines report published by Ray White Commercial.

“The volume of stimulus which has entered the economy at both State and Federal level has seen NSW rebound well, ensuring it retains its attractiveness to investors, locally, interstate, and abroad,” said Ray White Commercial Western Sydney Senior Sales Executive Jai Sethi.

“Further fueling interest in the childcare sector and stimulating not only investment but the ongoing development of assets is the Federal Government’s increases to the childcare subsidy as announced in this year’s Budget.

“It’s expected that this will grow occupancy levels which have been impacted by the increased cost to families in recent years, further growing the attractiveness of this asset class.

“Despite the pandemic, low interest rates drove many buyers to invest in alternative commercial assets given the uncertainties in the office and retail space and these secure, long-term income-producing assets resulted in enquiry levels to swiftly elevate. 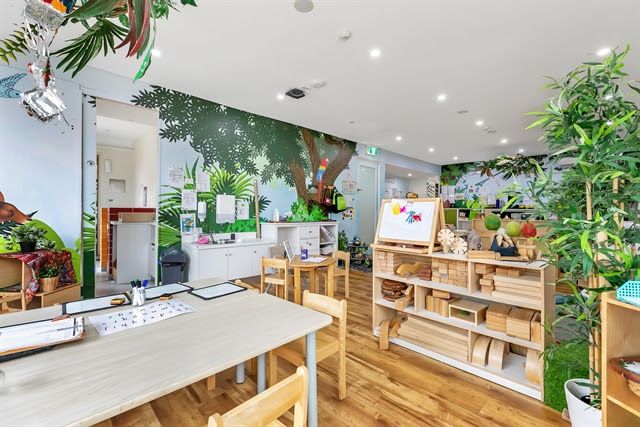 “During the second half of 2020, we recorded $116.89 million across 36 transactions, with one-third of these assets being in regional NSW as investors scrambled to successfully purchase with fear of missing out driving new lows in yields.

“This year, we’ve already recorded close to $50 million in sales in NSW as the interest now has moved from the private buyer to institutional and foreign groups vying for a piece of this attractive asset class.”

Ray White Commercial Head of Research Vanessa Rader said the past few years had seen a slow down in the development of new childcare centres as the prior housing boom resulted in an increase of stock creating an oversupply in some locations, putting pressure on occupancy levels.

“After a short lull in development, we have seen project levels grow again. Currently, there are 493 projects at various stages of planning throughout NSW, of which 79.51 per cent are located within the Greater Metropolitan Sydney area,” Ms Rader said. “There are 46 projects currently under construction with completion expected over the next 12 months, of which 35 are within Metropolitan Sydney in long-established suburbs, catering for growth in population in the more traditional and growing middle ring suburban locations.

“Further ahead, there are 201 projects which have already secured DA approval, 48 of which are in regional areas of NSW, notably the growing north and south coastal areas as well and western NSW which has benefitted from sea/tree changers from COVID-19 relocators.”

“The demand for childcare assets over the last 12 months has been incredible, with enquiry levels at a high and assets transacting at low yields,” said Ray White Commercial Western Sydney Principal Peter Vines.

“While the bulk of assets which have sold are within Metropolitan Sydney, the appetite of buyers has grown to include regional assets which historically were discounted reflecting the increased risk.

“We continue to see this gap narrow as the weight of funds in the marketplace create greater competition and push prices which will be further stimulated by the increase in Federal Government subsidy for childcare users.”