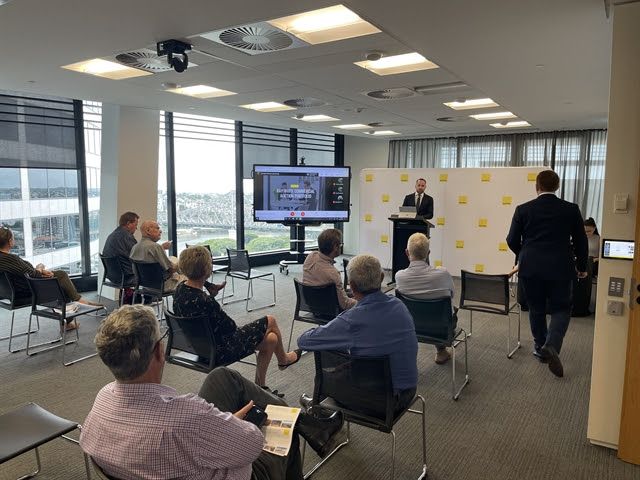 RAY WHITE Commercial offices have celebrated a five-star National Auction Portfolio Day as a quintet of properties sold under the hammer for a combined total value of over $11 million.

“This is by far our best ever National Auction Portfolio Day and I want to take a moment to congratulate our members on running outstanding campaigns to achieve the best price for their sellers,” said Ray White Commercial Head of Agency Operations Andrew Freeman.

“Commercial property has more than held its own during the COVID-19 pandemic, and with the interest rates being so low, these assets are now more appealing than ever before.

“Ray White is built on the foundation of auctions and we know they work in any market. We had multiple bidders on all of our properties and the competition drove these great outcomes.” “We had over 100 enquiries on this property. Unit blocks are a hot commodity among the investor market as they offer a strong, consistent return,” Mr Hadgelias said. “This asset was originally due to go under the hammer in March 2020 but was pulled because of the COVID-19 pandemic. Prior to the auction campaign, an off-market campaign pointed to a sale of under $2 million,” Mr Morris said.

“The owner trusted our auction strategy and it paid off on the day as three registered bidders pushed the sale price five per cent over its reserve with the seller relocating to New Zealand.”

Another highlight came at the hands of Ray White Commercial QLD Retail Investment Sales Agents Michael Feltoe and Lachlan O’Keeffe as they sold 367 Yaamba Road(below) in Park Avenue for $1.65 million – $110,000 over the reserve after attracting five registered bidders.

“The asset was leased to Beaumont Tiles and they had occupied the property for over 20 years. The campaign led to 69 enquiries with three registered bidders from Southeast Queensland and two bidders from interstate,” Mr Feltoe said. Ray White Commercial will be holding its next hybrid National Auction Portfolio Day on Thursday 10 June 2021.