Capital value ranges are tightening, national franchise brands are focusing on Parramatta as a viable location for new tenancies and a different type of investor is competing with the local long-term owners who once dominated the market, according to Ray White Commercial research.

Some 125,000sqm of potential new retail space is destined to enter the Parramatta market in the next few years, says Ray White Commercial Head of Research Vanessa Rader.

The biggest additions to this pool of stock will be the expansion of Westfield Parramatta and the $2 billion Parramatta Square project.

“The largest volume of new supply remains in the DA-approved stage thanks to these two large projects with the remaining stock under construction and in the early planning stages indicative of small infill and ground-floor retail developments,” Ms Rader says in the Between the Lines Parramatta Retail Sales & Development Overview October 2017 report.

Low interest rates and rising residential property prices have drawn many first-time investors to Parramatta as they look to diversify their investments, the research found — particularly in the sub-$1.5 million bracket.

In July 2017, Cook Property Group bought the Coles-anchored shopping centre at 20 Victoria Road for $41.32 million from Centennial Property Group on a passing yield of 5.7 per cent. The weighted average lease expiry (WALE) is 10 years and the property returns $2,396,000 per annum.

Ms Rader says average yields are down in Parramatta and the year 2017 has seen the yield gap widen — between 2.25 per cent and 6.50 per cent with an average rate at just 3.59 per cent.

“The ongoing development across the CBD has created a vibrancy which has caused investors to have a greater sense of urgency resulting in reducing yields to this level,” she says.

“With this revitalisation of the Parramatta CBD we have seen many older-type assets tidied up and new, more secure tenants including national brands looking to Parramatta as a viable retail location.” 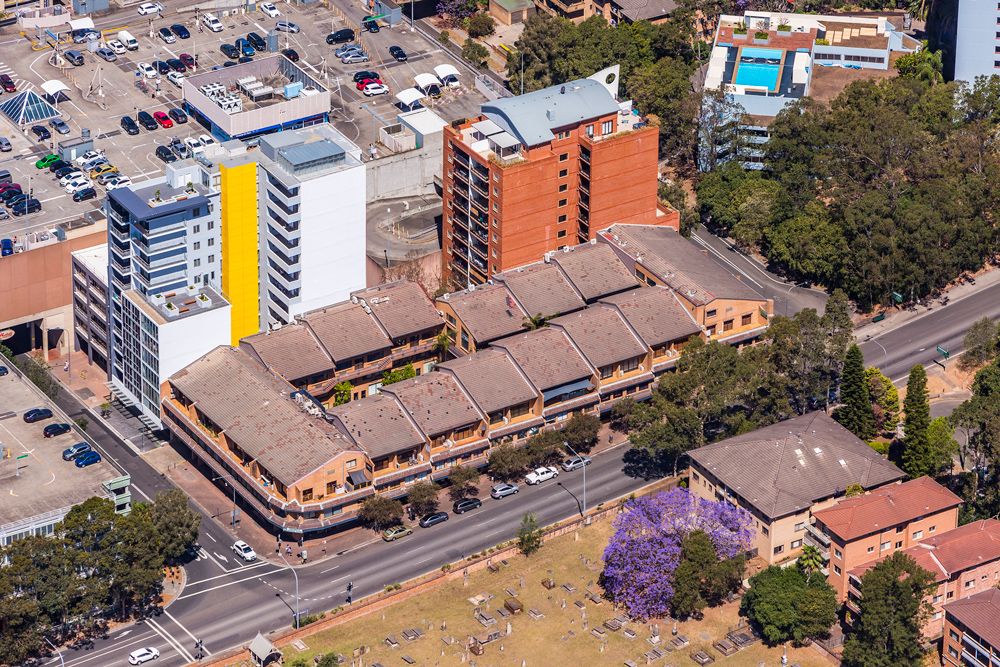 “Larger retail opportunities are limited because the possibility of redevelopment in this vibrant and up-and-coming CBD means many owners do not want to lock in leases longer than five years or without a demolition clause,” he says.

“This is hindering some big-name brands coming to Parramatta due to the initial outlay costs associated with fit-out for a guaranteed lease duration.”

“Owners are being conscious of market reviews with the the further increase in demand forecasted that will ultimately drive rents in key Parramatta CBD locations — especially around 2021-2023 with the completion of major infrastructure projects such as the light rail,” he says.

The research coincides with the launch to market this month of a 62-lot strata complex adjacent to Westfield Parramatta with a planning proposal for a new mixed-use development, including a skyscraper. Expressions of interest for the 3283-square-metre site at 5 Aird Street, pictured above, close at 4pm on Wednesday, November 29 2017.

Ms Rader says average capital values for retail assets in Parramatta has increased in the past three years after the post-GFC period from 2008-2014 when values rose 3.21 per cent per annum.

Capital values ranged widely due to the vast quality in assets, from long-held properties that had seen limited capital expenditure at the lower end to more modern strata retail assets achieving higher values.

While the median capital value has varied in recent years, 2017 to date has shown the first signs of investment increases, Ms Rader says.

“This limited volume of sales during these periods have also seen a tightening in the value range, with the lower values seeing a significant increase, setting a new minimum benchmark in values,” she says.